BEST OF CRIME with Cally Taylor 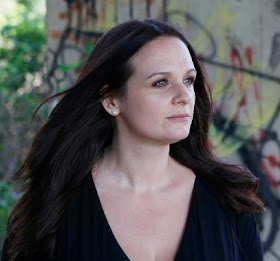 My all-time favourite crime novel isn’t actually by a crime author. It’s The Collector by John Fowles who also wrote The French Lieutenant’s Woman. It’s a brilliantly creepy novel about a young man who abducts a young art student and keeps her locked up in his cellar. I found the power play between the two main characters utterly fascinating and I thought the ending was superb. A more contemporary author that I’m a huge fan of is Belinda Bauer. All novels are very different from each other but they’re all brilliantly written and feature her trademark black humour and wit. I particularly recommend Rubbernecker, Blacklands and The Beautiful Dead.

I don’t think you can beat The Silence of the Lambs as an example of a truly brilliant crime film. The cast – Anthony Hopkins, Jodie Foster and Ted Levine – are at the top of their game and the plot is faultless. Respect to the director Jonathan Demme for turning an excellent book into an outstanding film.

Where to start? In recent years we’ve been spoilt with top notch TV dramas, both here and across the pond. Happy Valley, Luther, True Detective, Call of Duty, Broadchurch and The Wire all jump into my head when I think about quality TV drama. Then there’s the original Scandinavian broadcast of The Bridge which was utterly brilliant. I binge watched the first three series over a couple of weeks and was bereft when it ended. Saga Norén is an amazing character and I can’t wait for series four to air.

... FICTIONAL KILLERS
I know Sophie Hannah chose Dexter but I have to agree with her choice. Dexter is such an unusual character. I love that he kills to the code that his father defined (basically, bad guys). I also love how socially awkward he is and the touches of dark humour. It’s rare to root for the killer but I was desperate for Dexter to evade capture.

... FICTIONAL DETECTIVES
I’m a big fan of the Sherlock home reboot on the BBC. I always used to see Sherlock Holmes as very dry and dusty, a Victorian gentleman in a deerstalker, but Benedict Cumberbatch (and the team of writers) have breathed new life into him and now he appeals to a whole new audience.

... MURDER WEAPONS
Without giving too much away there’s a fabulous scene at the end of Paula Daly’s book Keep Your Friend’s Close where a flaw in the antagonist (only briefly mentioned at the beginning of the book) is used by the main character to kill her off. I thought it was a ridiculously clever way to kill someone off and actually said ‘bravo!’ when I read it. Brilliant.

I’m sure another scene will jump into my dead the minute I finish this interview but right now the most memorable death scene I can think of is Mrs Danvers dying in a fire, with burning wood falling all around her in Rebecca by Daphne du Maurier.

... BLOGS/WEBSITES
I’m a big fan of Google Earth and Street Maps when it comes to researching my novels. As a non-driver I can nip across Bristol, or the country, to check out a location for one of my books. I also read a lot of articles online about abnormal psychology and use YouTube to watch old documentaries.

I always start my novels this way – I think about what my main character wants more than anything else in the world then I throw obstacles in her way to stop her from achieving it. I also give her a character flaw that makes it harder for her to obtain her goal. I’ve been told I’m a very ‘pacy’ writer and that’s because I’m easily bored. I don’t particularly enjoy writing descriptive passages and prefer to focus on action and dialogue. In the words of Elmore Leonard I ‘try to leave out all the parts that readers skip’. I think that’s good advice for any writer.

About CALLY TAYLOR
C.L. Taylor is the Sunday Times bestselling author of psychological thrillers THE MISSING, THE LIE and THE ACCIDENT. 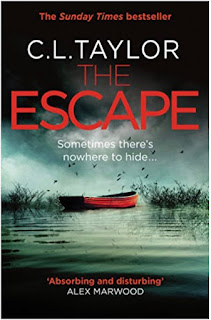 Publisher's description
"Look after your daughter's things. And your daughter…"
When a stranger asks Jo Blackmore for a lift she says yes, then swiftly wishes she hadn't.
The stranger knows Jo's name, she knows her husband Max and she's got a glove belonging to Jo's two year old daughter Elise.
What begins with a subtle threat swiftly turns into a nightmare as the police, social services and even Jo's own husband turn against her.


No one believes that Elise is in danger. But Jo knows there's only one way to keep her child safe – RUN.