BEST OF CRIME with Rebecca Bradley

for her Fighting Monsters blog tour 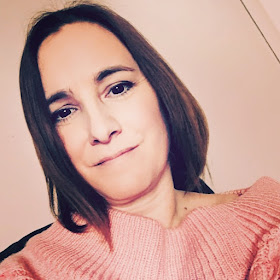 Argh, you want me to narrow it down to just one? Okay, David Jackson. Not only is his characterisation fantastic and makes you want to keep reading to find out what happens to the characters, the stories he weaves are utterly brilliant. His ability to see the nuances of human nature just completely draws you in.

The psychological thriller, Unthinkable, with Samuel L Jackson, which looks at whether someone would commit the act of torture in order to save hundreds of thousands of people as a large US city faces the prospect of 3 nuclear bombs going off. And they have someone in their custody who knows the whereabouts of those devices. It’s pretty tense stuff and a film I don’t think I will ever forget. Hard watching.

I do like watching US based drama so I’m going to go with something I watched recently which was Ozark. A Netflix drama. (Am I allowed to go with Netflix?) I adored the main character played by Jason Bateman, I mean, who doesn’t want to watch him in a straight (non-comedic) role? Plus, it had some great writing and you never knew what was going to happen next.

DCI Harry Nelson from Elly Griffiths’ Ruth Galloway novels. I love this series and I love cranky old Nelson and the very human mess he makes of his life as he does his job.

There was a fantastically simple murder weapon of sticky tape in Random by Craig Robertson. Just brilliant.

There’s a scene in Cry Baby by David Jackson that just takes your breath away. In fact, you could probably pick up any of his books and have your breath taken away by a death scene.

Google maps and Google earth for locations and the College of Policing website if you have policing research to do. It’s a comprehensive site.

Routine. Write something every day, even if only 200 words on a bad day, because it will become hardwired into you and the story will keep working its way through your head. Then on a good day, it will feel great.

Tea. Lots and lots of tea. White, no sugar.


Rebecca is an ex-police detective and lives in Nottinghamshire with her family and two cockapoo's Alfie and Lola, who keep her company while she writes. Rebecca needs to drink copious amounts of tea to function throughout the day and if she could, she would survive on a diet of tea and cake. 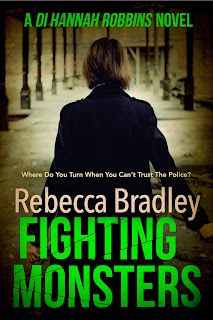 Publisher's description
24 hours after he walked away from court a free man, cop killer and gang leader Simon Talbot is found murdered. In his possession; the name of a protected witness from his trial.   For DI Hannah Robbins, it's a race against time to find Talbot's killer, and locate the bystander before it's too late.


But as Hannah delves deeper into the past, she begins to question the integrity of the whole operation.   Where do you turn when you can’t trust the police?

Fighting Monsters was published on 15 February 2018.