You Belong to Me by Samantha Hayes

You Belong to Me 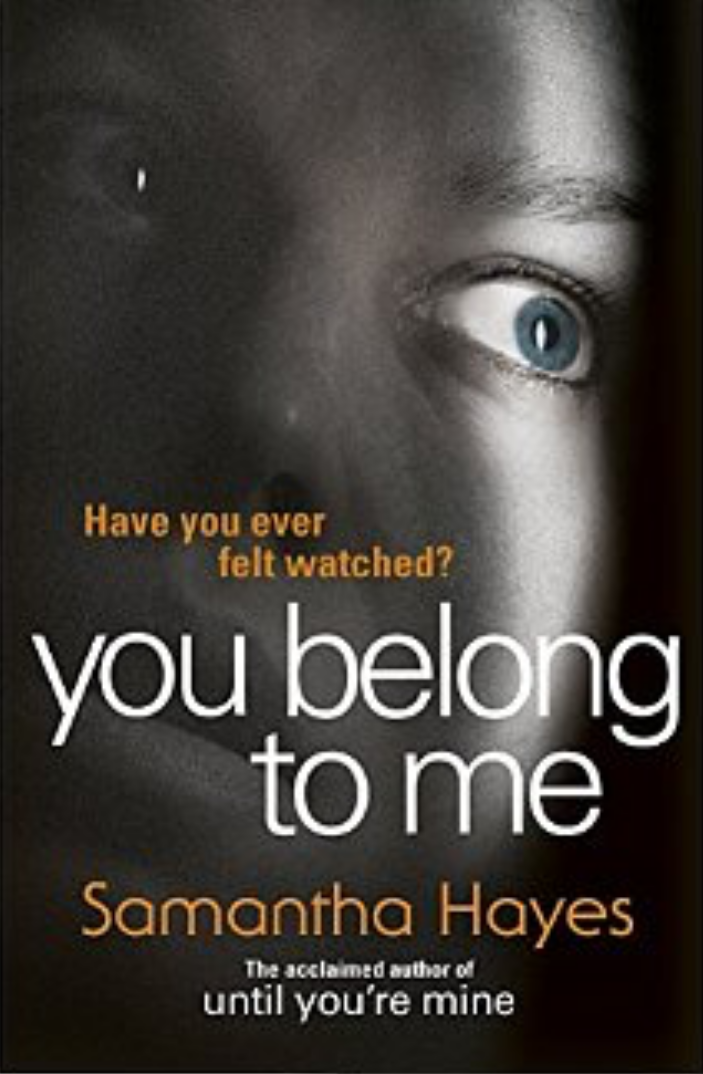 Publisher's description
The compelling new psychological suspense novel featuring DI Lorraine Fisher, from the author of Until You're Mine and Before You Die. Perfect for fans of S J Watson and Sophie Hannah.

Fleeing the terrors of her former life, Isabel has left England, and at last is beginning to feel safe.
Then a letter shatters her world, and she returns home determined not to let fear rule her life any more.
But she's unable to shake off the feeling that someone who knows her better than she knows herself may be following her.
Watching. Waiting.
Ready to step back into her life and take control all over again.

My verdict
This brilliant psychological thriller is an amazing read. This is Samantha Hayes at her best.

You Belong to Me kept me guessing right to the end. Just as I thought I had it sussed, there was yet another twist or turn.

The dramatic prologue, with an assault on a young woman, Alex, leads us to Isabel, who is hiding out in India. She is paranoid, suspicious and scared, disturbed by a previous relationship. Then distressing news leads her to reluctantly head back home to England.

Although Isabel is on edge, she starts to feel more relaxed once she sees for herself that the source of all her paranoia is lying in a coma. But then when she realises someone has been into her flat, it's clear that something sinister is going on.

Samantha Hayes has developed the plotline brilliantly, with tension and intrigue, and has also created some believable characters. I was suspicious of Owen from the start - right place, right time and overly friendly, letting Isabel move into his basement and giving her a job. I was surprised she was so trusting after her past experience. But my views on him changed after a particular incident (no spoilers) and then changed again further into the book.

The book also follows DI Lorraine Fisher. Lorraine is trying to investigate the deaths of Alexandra and Melanie, but isn't being taken seriously when she voices her opinion that the murders are linked. Stress, resulting in ill-health, leads her to take some time off work and investigate on her own. You know her life will collide with Isabel's at some point, but it's a question of when and how.

Around three-quarters of the way through, You Belong to Me gets even creepier, and Isabel starts questioning her own sanity. Is someone playing with her mind, or is her mind playing with her?

My heart was thumping for the last half of the book and I couldn't put bear to put it down. Great ending - I certainly didn't see that coming and all I could think was 'wow'.


I received an Advance Reader Copy from the publisher through NetGalley in exchange for an honest review.

Join me on Samantha Hayes' Blog Tour on 11th March.

Posted by Victoria Goldman at 09:24

Email ThisBlogThis!Share to TwitterShare to FacebookShare to Pinterest
Labels: book reviews, Cornerstone, Samantha Hayes, You Belong to Me