No One Sees Me 'Til I Fall by Jen J Danna 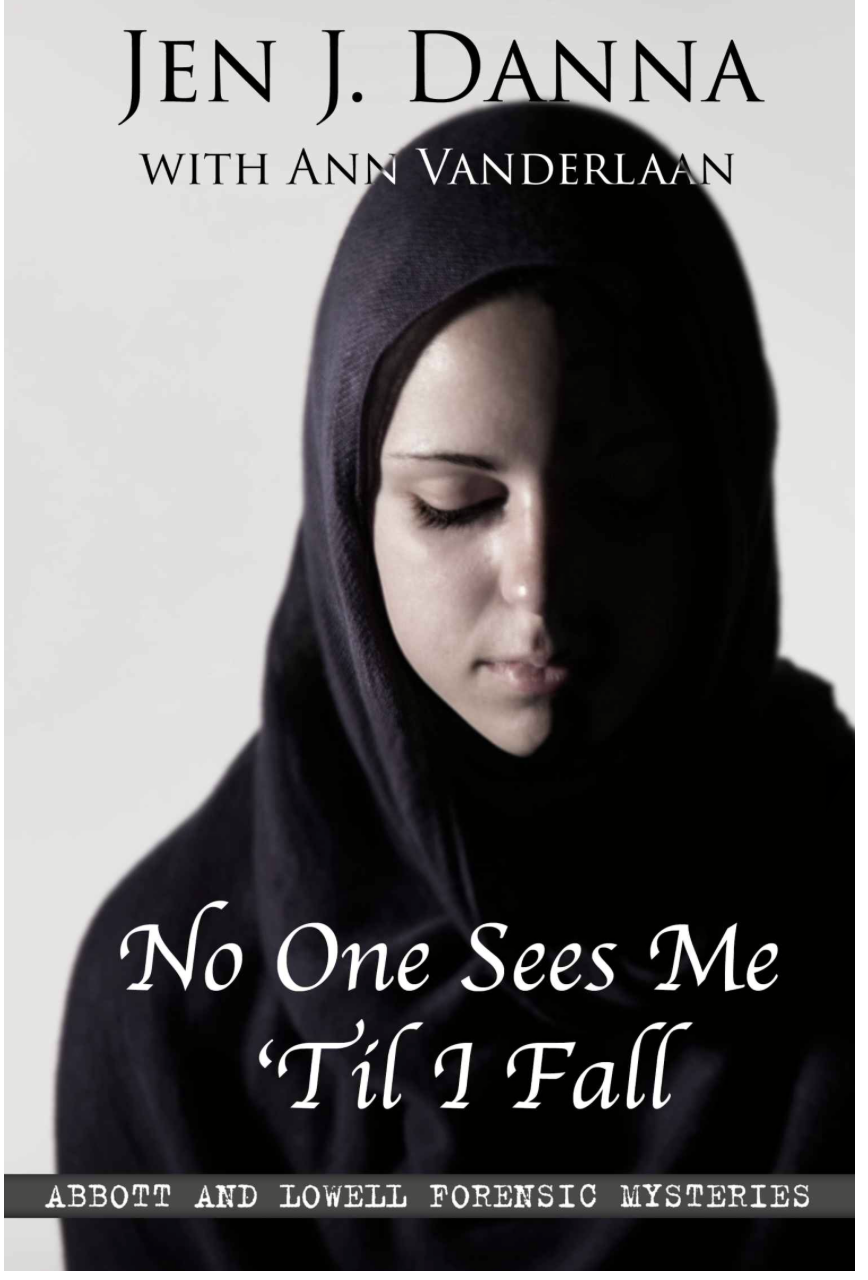 Goodreads description
Only the joint forces of science and law enforcement can help when a young woman is found brutally murdered with her identity erased.Massachusetts State Police Trooper Leigh Abbott and forensic anthropologist Matt Lowell come together to solve their second case when the remains of a young woman are found, thrown away like garbage at a local landfill. But what seems straightforward becomes something much more sinister when the victim’s bone damage reveals a shocking history of abuse. It will take reliving the horrors of Matt’s military background, all the team’s forensic skills, and Leigh’s intuition combined for them to catch the killer and give the victim the justice she deserves.


My verdict
I read this in one sitting - taking me only around an hour - as I couldn't actually put it down. It was just as good as Jen J Danna's first book, although a mini version as it's a novella rather than a novel. Still, it had all the same components - enjoyable storyline, forensic explanations and good characters. Having only just read the first book, it felt like a natural follow on, which is why I prefer to read a series of books (especially crime or thrillers) back to back until I run out of the books to read.

This time the crime had a cultural theme, which was interesting in itself, although a sad background story. These books seem to be very well researched as well, which is probably what makes them so appealing.

Looking forward to the next one.
Posted by Victoria Goldman at 16:29 No comments:

Email ThisBlogThis!Share to TwitterShare to FacebookShare to Pinterest
Labels: book reviews, Crime fiction, Jen J Danna, No one Sees Me 'Til I Fall

Dead, Without a Stone to Tell It by Jen J Danna

Dead, Without a Stone to Tell it
by Jen J Danna with Ann Vanderlaan
Published by Five Star Publishing (28 August 2013) 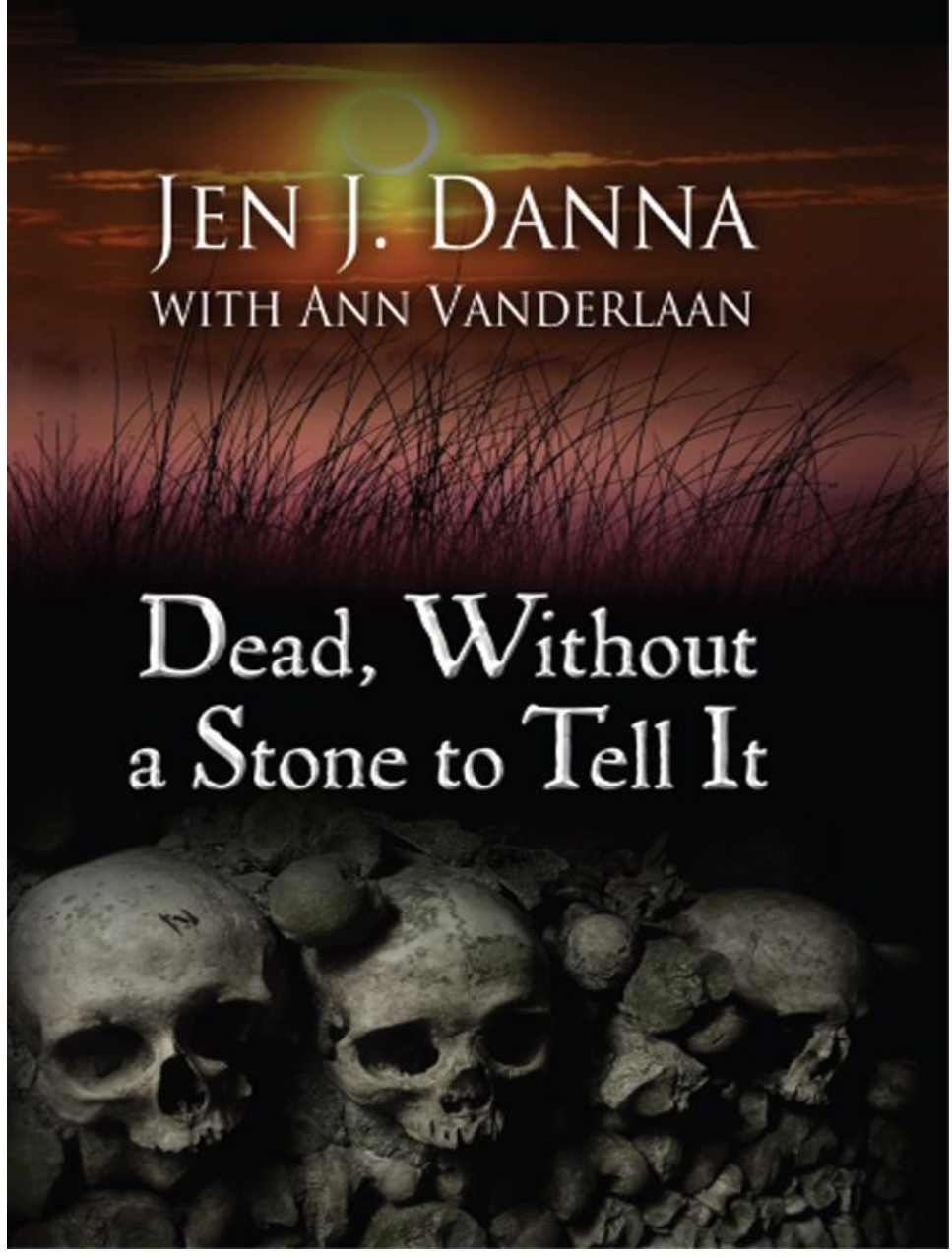 Goodreads description
When a human bone is found on a lonely stretch of coastline, a determined homicide detective and a reluctant scientist risk their lives when they join forces to bring a serial killer to justice.Trooper Leigh Abbot has something to prove, both to herself and to the chauvinistic men in her department. She’s been assigned a difficult challenge: solve a murder where the only evidence is a single bone. To identify the victim and find the killer, she must join forces with forensic anthropologist Matt Lowell. Matt’s initial refusal to join the team is only the first in a series of setbacks.Matt and Leigh’s skills and tenuous partnership are tested when the evidence leads them to a burial ground of unidentified victims, where, to their horror, they stumble upon a freshly ravaged corpse. As the body count rises, the team must piece together a deadly puzzle spanning years of clandestine killings.Before long, the serial killer raises the stakes and Matt and Leigh find themselves marked as targets. Now they must stop the killer before they become the next victims.

Elizabeth suggested Jen J Danna's books when we were discussing how my childhood dream was to write a crime novel with plenty of forensics. I originally planned to study forensic science after my initial BSc in Biomedical Science, but I then switched to a MSc. in Science Communication instead and became a health journalist.

It took me just one day to read this book. I loved it. It is an amazing debut. I enjoyed the descriptions and background of the forensic science, as well as the well-rounded characters and fascinating storyline. It makes me realise how some other best-selling series in a similar vein have become tired over time, with complicated stories and not much else.

There was a great 'will they or won't they' dynamic between Leigh and Matt, without it becoming contrived or overly soppy. The forensic descriptions were informative without being patronising, and I learnt a lot about forensics just from reading the passages. I feel that I could read these books again and again without being bored (something I don't usually do), just to learn more about the science background.

I am looking forward to reading the rest of Jen J Danna's books - in fact, I downloaded the next two straight after finishing this one. I have already read the first (a novella) - review to follow!

After reading my review of Dead, Without a Stone to Tell It on Goodreads, Jen J Danna messaged me to thank me for my kind words. I find it fascinating that her background is immunology/virology rather  than forensics as I would have expected. And Ann Vanderlaan's background is also not forensics (originally teaching systems physiology, followed by 30 years of data analytics for the security sector).

These books are perfect for fans of Kathy Reich and Patricia Cornwell.


Posted by Victoria Goldman at 15:20 No comments:

Email ThisBlogThis!Share to TwitterShare to FacebookShare to Pinterest
Labels: book reviews, Dead Without a Stone to Tell It, Jen J Danna

My Kindle is currently over-run with 232 books to be read, not to mention another 100 or so e-books currently waiting on my Amazon wish list. I have a selection of 'real' fiction books to read too, piled up on the shelf.

Some of my latest reads have included:


I enjoy a variety of genres, but I am particularly partial to crime fiction, psychological thrillers and historical fiction.

I am also going to spending 2015 writing my first historical fiction novel and I look forward to the challenge.

Better go, catch up soon. I have plenty of reading to do!


Posted by Victoria Goldman at 14:49 No comments: