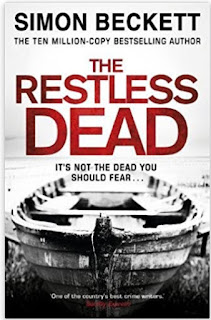 Once one of the country’s most respected forensics experts, Dr David Hunter is facing an uncertain professional – and personal – future. So when he gets a call from Essex police, he’s eager for the chance to assist them.

A badly decomposed body has been found in a desolate area of tidal mudflats and saltmarsh called the Backwaters. Under pressure to close the case, the police want Hunter to help with the recovery and identification.

It’s thought the remains are those of Leo Villiers, the son of a prominent businessman who vanished weeks ago. To complicate matters, it was rumoured that Villiers was having an affair with a local woman. And she too is missing.

But Hunter has his doubts about the identity. He knows the condition of the unrecognizable body could hide a multitude of sins. Then more remains are discovered – and these remote wetlands begin to give up their secrets . . .

My verdict
The Restless Dead is crime fiction at its best, with brilliant writing, shocks and surprises and strong characters.

The book grabs your attention straight away, with vivid forensic detail describing what happens to a dead body in the water. I found this fascinating - and love that this level of detail continues throughout the book, giving it significant depth.

The story takes place in an isolated marshy area in Essex - the perfect location for hidden bodies, with danger lurking around every corner. A body has been found but, due to significant decomposition, is difficult to identify, although the police believe they know the victim. Thought originally to be a suicide, the police investigation reveals this case isn't as straightforward as it seems.

David Hunter, the main character, is uncertain about his future and still troubled by his tragic past. His police consultancy work has been drying up so he welcomes the offer of a new case. He becomes closer than expected to a family linked to the investigation, which leads to a conflict of interest. Gradually the police investigation, with David in a consultancy role, reveals family secrets and feuds within the local community.

The setting is highly atmospheric, the characters well developed and the plot suitably gripping. There are a few subplots, which tie up well in the final few chapters - and the motive (although unexpected) is suitably gratifying, even though the book itself does end on a slight cliffhanger.

This is the fifth book in the forensic anthropologist David Hunter series. I have read the first two books, so I knew some of David Hunter's background, but this was a couple of years ago so it wasn't fresh in my mind. I found it easy to dive back into David's life and believe this would work well as a standalone.

Ideal for fans of Patricia Cornwell and Kathy Reich (although this is streets ahead, in my opinion). 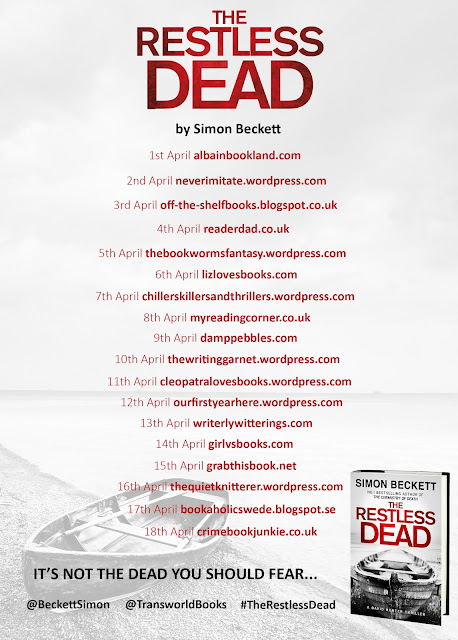 Posted by Victoria Goldman at 07:17