BEST OF CRIME with Mario Theodorou 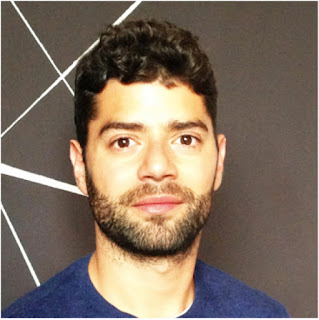 Arthur Conan Doyle. I just love the Sherlock set up and the way he launches into each caper without it feeling like we’re being hurried along. Stylistically and tonally, Doyle’s books and short stories are mesmerizing, and they always feel fresh and original regardless of their age or how many times I’ve read them.

This is tough. I’m a huge film fan and love crime films from every decade. With a gun to my head, I’d have to say Training Day. I love everything about this film. It’s real lesson in how to write memorable characters and tie them to plot. I’ve never wanted a bad guy to win so much in my life.

Again, there are a lot of great crime dramas. I’m a fan of the original Prime Suspect, although it’s a bit dated now. I loved The Wire, Breaking Bad and Sherlock, of course. But I’d have to say that the first series of True Detective takes it for me. Very twisty, with great performances, and that edge of discomfort and anticipation throughout.

Patrick Bateman. What a revelation. A wealthy, high-flying, perfectionist who kills to alleviate his feelings of inadequacy and self-hatred. He’s so complex. Everything he does is a response to how people make him feel about himself. Even though his crimes are horrific, you always know emotionally where his mind is at before he commits them, which scarily allows you to relate.

I’d have to say Matthew Shardlake. It's not often that the protagonist is a hunchbacked lawyer. Shardlake’s unthreatening demeanour perfectly disguises his incredible mind, which is a set up that really appeals to me. I love that whole series.

I’m a fan of the elaborate weapons in Greek Mythology and the dual symbolism. The staff of Hermes, entwined with serpents, Kronus’s Scythe, Hade’s Bident… but my favorite has to be the Tunic of Nessus. The poisoned shirt that caused the death of Heracles. It has since come to represent destruction, ruin and misfortune, from which there is no escape. Beats a knife.

Has to be Game of Thrones. The scene when the Mountain crushes Prince Oberyn’s head like a watermelon. It was absolutely shocking visually, but also emotionally. We are not used to seeing our heroes lose to the bad guy, and not in such a horrific way. The shock value was incredible. I thought about it for days.

I like true crime websites and podcasts. I read all the news websites too. Anything about people and what motivates them really, which can come from anywhere. I’m also forever on Wiki, legal websites and The Metropolitan Police’s website, making sure that I know all the procedural elements to an investigation.

... WRITING TIPS
I mostly write for TV and Film and find a lot of the tools available to screenwriters help make writing novels more visual.
In terms of a good writing resource, I like, helpingwritersbecomeauthors.com – I find the character ghost section very useful.
Top tips would be to make sure your character arcs are meaningful. People care about people in the end, not elaborate plots. If you can do both, then perfect!
Also, if you feel it’s not working for any reason, step away, go for a walk, figure it out away from the screen and then come back. I solve all my puzzles away from the computer.

... WRITING SNACKS
Anything that gives you energy. I eat lots of almonds and drink lots of green tea.

About MARIO THEODOROU
Mario Theodorou is an award winning, London based writer. He first came to prominence after being discovered by Merman Films who optioned his original comedy series, Conny. A script commission from Sky followed for The Master Forger, before he was selected by the BBC for their prestigious writer's programme. He has since been named in the BBC top emerging talent list and has released The Cyprus Missing, a single drama for BBC Radio 4 and Anonymous, his Soho based short film which picked up numerous awards on the film festival circuit, including a nomination for the Short Film Award at the Academy Award qualifying, Austin Film Festival.
Represented by WME, Mario is currently working on a number of projects, including an original commission for BBC Drama and other original works in development with BBC Studios, Twelve Town, Riff Raff, Sprout Pictures, Tiger Aspect, Vox Pictures, Sevenseas Films, Unstoppable TV and Mainstreet Pictures.
Felix Grey and the Descendant is Mario’s first novel, and the first in a series of planned works.

About FELIX GREY AND THE DESCENDANT 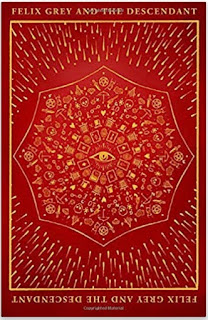 Publisher's description
1904. Three years since the death of Queen Victoria and the ascension of her son, Edward VII to the throne. In that time, the decline of the British Empire has accelerated, the econ-omy has stuttered, Captain Scott has gone to the South Pole, and Liberal politician, Felix Grey has been parachuted into Number Ten on the crest of a populist wave. The third youngest Prime Minister in history and the son of a Suffragette, Felix is modern and pro-gressive, but also inexperienced, self-deprecating and doubtful. Having taken on the Conservative old guard in the House of Commons, Felix has found his policies continually blocked and his time in power dogged by his inability to affect any real change. However, when a member of the House of Lords is abducted from the East India Club, and a mysterious card is discovered, Felix begins to feel a sense of purpose again. Against his better judgement, and that of his loyal steward, Humphrey, Felix begins to dig into the card and the missing Lord, desperate to be of service to the people he rep-resents. With public approval disappearing under a spate of fatal factory disasters, and the emer-gence of the German and American economies making the front pages, Felix’s premier-ship is suddenly under attack from all sides. When another Lord is abducted, Felix begins to escalate his investigation, determined to uncover the truth. With suspicious links to fel-low members of Parliament and a period synonymous with British history, Felix has to fight off his enemies, unmask the perpetrators, find the missing Lords and solve the case, all whilst protecting his identity and preserving his position as the British Prime Minister.

Felix Grey and the Descendant was published on 11 December 2019.

I proofread this book and loved it, which is why I invited Mario to do Best of Crime. This isn't something I usually do when I proofread books for authors! But Felix Grey is a fabulous protagonist and this book is great fun to read!