The Priest and the Lily - a guest post by Sanjida O'Connell

Today, I am delighted to welcome Sanjida O'Connell to Off-the-Shelf Books to talk about the background to her novel, The Priest and the Lily.

The Priest and the Lily
By Sanjida O'Connell 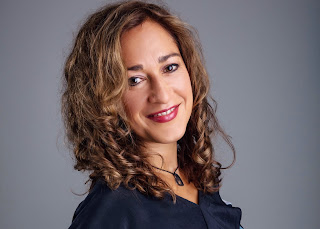 Many of our most common and beautiful garden plants have come from far-flung locations throughout the world, brought to us by intrepid explorers who have literally risked life and limb in their search for the rare and exotic. Our gladioli originally came from South Africa, rhododendrons from the Himalayas, the monkey puzzle tree is indigenous to Chile, the regal lily was discovered in China and many of our most exquisite orchids originate in the Amazon. The stories of some of these men - for they were mostly men - who travelled the world in search of flowers, and got themselves into scrapes - attacked by bandits, gored by a bull, capsized from a canoe, fell off a cliff - inspired my story, The Priest and the Lily.

Set in 1865, just after Charles Darwin published The Origin of Species, on his radical theory of evolution, The Priest and the Lily is about a Jesuit priest, Joseph Jacobs, who sets sail from Bristol for Outer Mongolia. Joseph, passionate, idealistic and driven, wants to discover rare plants and animals and make a name for himself in scientific circles back in Britain. The young priest is accompanied by a Buddhist monk and a horseman; as they travel across the steppes, he hears stories of an astonishingly beautiful white lily. Finding this lily becomes his dream. But to discover where it grows, he will encounter many dangers, for he will have to face the savagery of the White Warlord, a Chinese General intent on seizing power in Mongolia, as well as the far more powerful Yolros lama, the living incarnation of the Buddha. And in his quest for the lily, Joseph will meet a woman who will show him something far more precious than a flower.

I spent years researching my story - and travelled to Outer Mongolia, where I had my own mini adventure. We were due to spend three weeks travelling by jeep and horseback in order to meet the tribe I was going to write about in my novel. Unfortunately, my luggage ended up in Russia, and I had to set off in just the clothes I was wearing! Thankfully I was wearing my walking boots!

Mongolia is stunning: it is a country of seemingly endless skies and steppes, with incredibly hospitable people. At the time of writing this blog, we’re in the grip of COVID-19, and everyone in the UK as well as many other countries, is currently in lockdown at home. I hope that my novel can, in some small way, help take our minds off this situation, transporting us to a country and a time far from our own immediate experience, and perhaps, too, allow us to appreciate what Joseph comes to realise - that it is love, which is more important than anything else on this earth.

About Sanjida O'Connell
Sanjida O’Connell is a novelist. She writes psychological thrillers under the pseudonym, Sanjida Kay.

About The Priest and the Lily

The Priest and the Lily
By Sanjida O'Connell 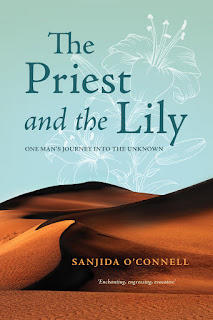 Description
In 1865, Joseph, a young Jesuit priest and plant-hunter, sets out on a dangerous journey through Outer Mongolia, a land virtually unknown to the Western world. Charles Darwin’s radical theory of evolution has just been published, and Joseph is driven by his passion for science and his love of God. As he crosses the Mongolia Steppes with a Buddhist monk and a local horseman, he hears rumours of a rare and beautiful white lily. He believes that if he finds this flower, his fame and fortune will be assured.
But then Joseph meets Namuunaa, a shaman and the chief of her tribe.
And it is Namuunaa who will teach him the true meaning of his desire…
'You will journey far beyond the boundaries of your imagination. You will meet and seize your heart’s desire.
It will be the death of your soul.'
An epic journey, a story of East meeting West, and of a love that transcends culture, faith and ultimately tragedy.

The Priest and the Lily is available to buy from Amazon here
Posted by Victoria Goldman at 07:59