Two reviews of Jihadi: A Love Story by Yusuf Toropov (and yes, one is by a cat) - Blog Tour

I would like(?) to welcome Snarky Cat back to my blog today. This very snarky cat has decided to review Jihadi: A Love Story by Yusuf Toropov for me. But the good news is his review is short and will be followed by my own review. A few months ago, Snarky Cat interviewed Yusuf for me (see below for a link to this fascinating interview). Yusuf's book Jihadi: A Love Story was published by Orenda Books on Kindle on 24 December 2015 and in paperback on 15 February 2016. 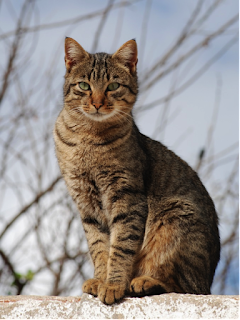 They promised me tuna if I wrote this, so whatever.

As you may recall, I had to reach out to the author to get even the barest idea of what this book was about. He sent me a PDF but I deleted it. At which point I demanded a physical book. Which I got. Anyway I was led to believe the thing was about cats.

Guess what. There’s only one cat with a name in the whole story. There’s a bunch of other cats who show up later, but none of them have names.

Why Word Boy thinks he can get away with putting cats in a story without giving each one a name is beyond me.

Now. The deal was, one OPENED can of tuna, placed directly in front of me, for a review of 200 words. Not counting the headline. 143.

So. Don’t read this book if you expect a story in which all the cats get names. 161.

The one cat who does have a name has a stupid one, in my opinion. 177.

I’m supposed to turn this in tonight. Need a few more words.

And now, here's MY review of Jihadi: A Love Story 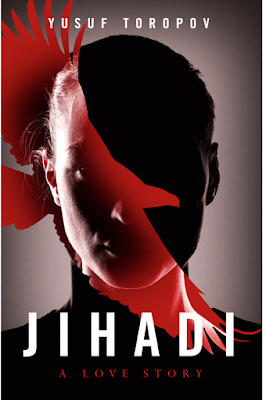 Publisher's description
A former intelligence agent stands accused of terrorism, held without charge in a secret overseas prison. His memoir is in the hands of a brilliant but erratic psychologist whose annotations paint a much darker picture. As the story unravels, we are forced to assess the truth for ourselves, and decide not only what really happened on one fateful overseas assignment but who is the real terrorist. Peopled by a diverse and unforgettable cast of characters, whose reliability as narrators is always questioned, and with a multi-layered plot heaving with unexpected and often shocking developments, Jihadi: A Love Story is an intelligent thriller that asks big questions.

My verdict
Jihadi is an intelligently written novel that wasn't always an easy read, mainly because of the vivid descriptions that shocked and evoked some powerful emotions. It's definitely a book that needs to be read slowly, so you can digest it one step at a time.

Yusuf Toropov has written a very modern highly-topical novel focusing on a former US intelligence agent who has been accused of terrorism. But this isn't a straightforward 'innocent or guilty' story - his memoir is being read and annotated by a seemingly unstable psychologist with an agenda of their own. At first, readers may struggle with the two voices, but it soon becomes clear how they are connected and why there is conflict.

Jihadi is intriguing, addictive, brutal, gripping, tragic and brilliant, with several strands that come together seamlessly by the end of the book. It's written in an almost-rhythmic way that enabled me to get inside the characters' heads. Yet it left me unsure who to trust or believe. Maybe the true account isn't really the true account at all. And will anyone ever know the truth?

The book is subtitled 'A Love Story' but it made me question who this 'love' was between. Lovers? Husbands and wives? Parents and children? Friends? Colleagues? People and their religion, government or country? The book demonstrates how propaganda can cause conflict and distort the truth - and how people (from both sides) can be manipulated to believe whatever they are being led to believe - whether it's the truth or not. This is also a book about faith and belief - in people, our country, ourselves... - and how both can deceive our judgement and influence our actions.


I received an Advance Reader Copy in exchange for an honest review. 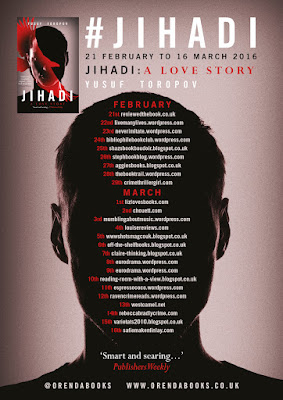