I am delighted to welcome Rob Sinclair to my blog today with his top tips on writing a 'can't put down thriller', as part of his blog tour. Rob's latest book Dark Fragments is published by Bloodhound Books today (8 November 2016). 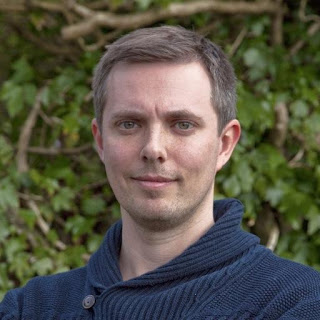 With publication of my fourth book imminent, a question I still get asked regularly when introducing myself to people as a writer is how do you actually go about writing a book? It’s a question I’m sure if I wound back the clock ten years I’d have been keen to hear the answer too as well. The thought of constructing a novel that’s 100,000 words long is not just daunting, but seemingly impossible to many people, yet many do accomplish this feat, and I’m sure each and every writer has their own unique way of crafting a story.

So how do I do it? I’ll put it really simply; I write one word at a time until the book is finished...

Ok, so of course there’s a bit more to it than that, so here are some of my top tips:

1) Just get stuck in!
I say if you spend less time worrying about process and more time actually getting your fingers dancing across the keyboard, you’re already on the right track. For me, writing breeds plot and once I’m in a groove ideas and actions and locations and characters seem to flow. I’m sure not everyone is the same but for me there’s not substitute for actually just getting stuck in and starting to write. I’ve drafted six books now, and am half way through the first draft of a seventh, and I certainly feel like I’m getting into quite a regimented writing process now. What I absolutely don’t do is start off by thinking out and analysing a fully formed plot with all the twists and turns and with detailed character profiles etc etc. I know a lot of writers do this, creating story maps and the like, but it just doesn't suit me at all. Coming back to that original question (how do you actually go about writing a book?), I think the thing that a lot of non-writers struggle with is that concept of visualising a whole plot in the first place. So I don’t. I just get an idea (it could be the opening scene or it could be the central character or it could be the main plot theme), and I just run with it and slowly flesh the plot and characters as I’m writing. Yes that might seem strange and you could say it’s leaving a lot to chance, but I think as long as I have an understanding of where I’m trying to get to (the BIG plot twist is usually one that I think you have to know early on), then often the rest just seems to fall into place quite naturally.

2) Setting goals
Some writers hate this idea, but for me, it keeps me focused and there’s no better feeling than setting a goal and then beating it! So I regularly set myself a target of when I want that draft written by, when I want the editing completed, when I want to publish even. Without goals and targets there’s just too much scope to drift. When I’m drafting I set myself a word target of 4,000 a day, which, unless I have a complete brain freeze (which does happen every so often!), I generally find is easily achievable. Given that when I set out I’m aiming to hit 80,000 words for that first draft, you can see that it really doesn’t take me that long - generally 4-6 weeks, depending on how many non-writing days get in the way (usually involving looking after the kids!). I also find that splitting the book down into these daily chunks takes away that daunting prospect of actually writing a full length novel. As long as I know what I want to write that day (which is usually just two or three chapters) then I’m happy and generally relaxed, even if I have no idea what’s coming in two or three day’s time.

3) Killer endings
Those first two tips deal with the process of writing itself, but what about the thrilling part? What I’ve always set out to do is write books that people want to devour in one sitting, and to do that you need hooks. I think of this in three parts; i) the early hook that gets readers interested in the first place, ii) that big twist at the end that no-one (or very few people hopefully!) saw coming, and iii) perhaps most importantly is the stuff that comes in the 40 or 50 chapters in between! It’s not possible in all cases, but what I try to do is make as many chapter’s end with either a twist, a revelation or at least an element of intrigue, to make the reader want to carry on. Just ending a chapter with ‘and then they all went to bed for a good night’s sleep,’ doesn’t really cut it in this genre!

4) Conflict
Probably the biggest single concept for fiction in the crime/thriller genre is conflict. Conflict should seep through every page and ooze through every characters’ pours. You don’t have to go overboard and make every element of conflict world changing, because conflict can be a relatively simple concept, but every character needs this, whether it’s internal or external, past, present or future, personal or professional.

5) Write what you know
One of the most well-worn cliches about writing, but there is some truth to this. Ok, so my Enemy series books were about a black-ops assassin who was a trained killing machine. I can reveal that I have never had such training and have never killed another human being before. But, I do feel I know the thriller genre sufficient to write about it because of all the books I’ve read and the films I’ve enjoyed over the years. And my books do still have a lot of areas in them that come from my own experiences; the most obvious being locations, but also certain characters, or in the least their traits. I think for me, the key is that you should stick to writing in a genre and in a style that feels natural for you, rather than trying to force yourself to write something for the sake of it. Many people say I should write about financial crime because of my past job as fraud investigator, but for some reason I hate that idea! (Maybe because that was a real job!). Others try to copycat a particular style, or try to fit into a genre that is hugely popular, but in which they have little real world interest, just for the potential commercial upside. Kudos if they make it work, but I’d much rather just write what feels comfortable me - a book that I’d like to read myself, basically.

Rob is the author of the Enemy series of espionage thrillers featuring embattled agent Carl Logan. His explosive debut, Dance with the Enemy, was published in 2014. The second novel in the series, Rise of the Enemy, was released in April 2015, with the third, Hunt for the Enemy, being released in February 2016.
Rob's latest novel, the pulsating psychological thriller Dark Fragments, released by Bloodhound Books in November 2016, has been described as 'clever' and 'chilling' and an 'expertly crafted' story.
Rob began writing in 2009 following a promise to his wife, an avid reader, that he could pen a ‘can’t put down’ thriller. He worked for nearly 13 years for a global accounting firm after graduating from The University of Nottingham in 2002, specialising in forensic fraud investigations at both national and international levels. Rob now writes full time.


Originally from the North East of England, Rob has lived and worked in a number of fast paced cities, including New York, and is now settled in the West Midlands with his wife and young sons. 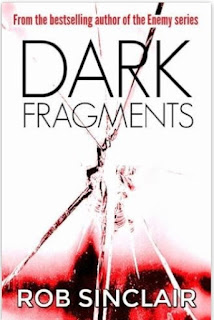 Murder. Money. Revenge.
Outwardly, Ben Stephens appears to be a normal, hard-working family man. In reality, his life has been in turmoil since the murder of his wife, Alice, seven years ago. The killer was never caught.
Now re-married - to the woman he was having an affair with while still married to Alice - Ben’s life is once again spiralling out of control, and he’s become heavily indebted to an unscrupulous criminal who is baying for Ben’s blood.
When Ben’s estranged twin sister, a police detective, unexpectedly returns to his life, asking too many questions for comfort, it becomes clear that without action, Ben’s life will soon reach a crisis point from which there will be no return.


In order to avoid falling further into the mire, Ben must examine the past if he is to survive the present - but just how much pressure can one man take before he breaks? 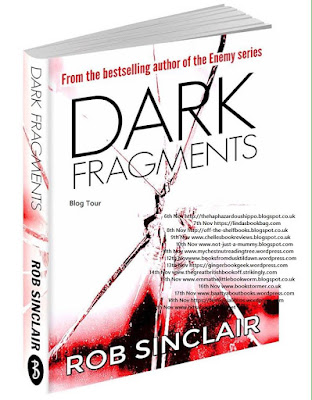 Posted by Victoria Goldman at 07:47