BEST OF CRIME with Simon Lelic 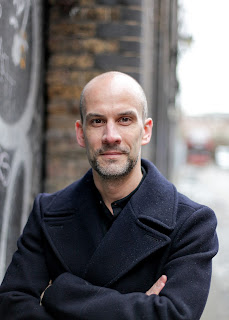 Tough one. I could name dozens. But when Tana French publishes a new novel, it always leapfrogs to the top of my reading pile. I’ve been a fan of her writing since her first novel, In the Woods, and since then she’s gone from strength to strength. I love the way each of her books inhabits the same world, but she never limits herself to experiencing it through one protagonist’s point of view.

Anything directed by Alfred Hitchcock. Literally, anything. If I stumble across a Hitchcock movie showing on TV, I stop what I’m doing and I watch it, even if I’ve seen it twenty times before (which, with some of his movies, I surely have). Rope for me remains his most under-appreciated masterpiece, but I adore Rear Window, too.

The Shield, a cop drama set in the fictional LA district of Farmington, is my all-time favourite when it comes to crime dramas. I’ve watched it from start to finish three times now.

Anton Chigurh is surely one of the most terrifying antagonists ever written. He’s the killer in Cormac McCarthy’s No Country for Old Men, and he shows no compassion, no remorse – just an alarming dexterity with a bolt gun.

I tend not to read crime series featuring the same detective very often. I much prefer to read (and write, not coincidentally!) standalone novels. One notable exception, however, is the Shardlake series by CJ Sansom. Matthew Shardlake is the hunchbacked lawyer who has to navigate the politics and pitfalls of sixteenth-century London, and he’s brilliantly perceptive, vulnerable and humane.

The rat in American Psycho. I don’t think I need to say more.

Going back to No Country for Old Men, and avoiding any major spoilers, there is a death of a fairly central character (a deliberately vague understatement) that happens between chapters. Ie, the character is there on one page, gone the next. It remains one of the most surprising deaths in literature, for my money – cruelly depriving the reader in a way that perfectly mimics death itself.

The Paris Review website features a vast vault of author interviews dating back to the 1950s. There’s a wealth of knowledge in there – invaluable to any reader or writer. It used to be free to access, but now you have to subscribe. Still, it’s well worth doing so, I reckon.

Be careful which writing tips you follow. Work out for yourself what works best for you, and then get busy.

Coffee, coffee, and more coffee. (And maybe a few sweets from my kids’ stash now and then. Just don’t tell them, whatever you do.)


Simon Lelic is the author of three previous novels: Rupture (winner of a Betty Trask Award and shortlisted for the John Creasy Debut Dagger), The Facility and The Child Who (longlisted for the CWA Gold Dagger and CWA Ian Fleming Steel Dagger 2012). The House is his first psychological thriller, inspired by a love of Alfred Hitchcock and Stephen King. 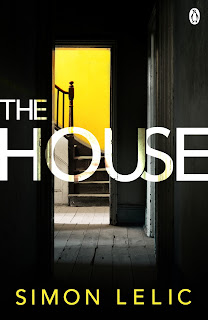 Publisher's description
Londoners Jack and Syd moved into the house a year ago. It seemed like their dream home: tons of space, the perfect location, and a friendly owner who wanted a young couple to have it.
So when they made a grisly discovery in the attic, Jack and Syd chose to ignore it. But that was a mistake.
Because a body has been discovered.
Right outside their back door.


And now the police are watching them... 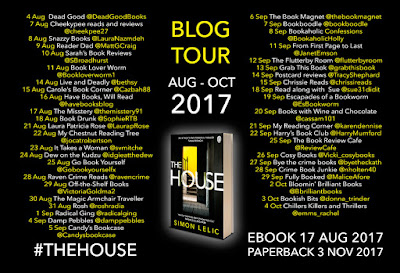 Posted by Victoria Goldman at 07:19