Authors are a very creative bunch - and for many of them, this isn’t only with words on the page. From drawing to painting, pottery to needlework, composing to singing, here’s a look at some authors’ creative pursuits. 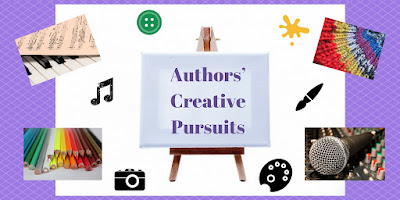 I am delighted to welcome

TO TALK ABOUT HIS LOVE OF MUSIC 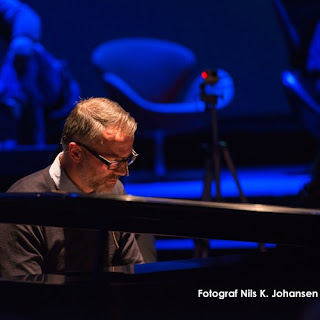 Have you always played the piano?
I started playing at the age of seven, and I did take lessons for about seven years. However, I'm almost illiterate when it comes to reading notes, and for a long period of time I hid that from my piano teacher by making her play the songs for me, and then I would memorise them and learn how to play them by ear. Needless to say, progress was slow, and for a good long while I only played the piano when I was having 'lessons'. I didn't really get anywhere with it, (I must have struggled with Beethoven's Moonlight Sonata for YEARS), so I stopped altogether when I was about 13. For a few years even the thought of playing the piano repulsed me; I was so fed up with it. Until something quite magical happened when I was about 18... (notice the cliffhanger here? Occupational hazard...)

And have you always composed music?
This is a funny story. Well, not ha-ha funny, but ... bear with me here for a second. When I was about 18 I was watching this movie, and there was a song on it towards the end which struck a chord in me (pardon the pun). It was a sad song, a piano song, and this was way before the age of Spotify and internet, so I couldn't just look it up and listen to it after the film was over. So I learned it by ear and ran up to the piano, just to see if I was able to play it. Because I loved it. And would you believe it, after just a few minutes of me tinkering around with these unfamiliar keys - there it was. The whole song. I could actually play it. That just completely blew my mind, and it sparked my interest for the instrument again, let me tell you. I tried to play some other songs I knew. Could play them, too, quite quickly. And after a while I wanted to see if I could compose some songs for myself, and ... you know the answer to that as well. After a while I played a few of them for my Dad, and he loved them. So I've been making music ever since.

How often do you play the piano and compose?
It depends on my schedule, and it comes and goes a lot. I can easily go for a few weeks without playing it at all, while in other periods of time I'm on it on a daily basis. For hours. Especially if there's something I need to process somehow. I find it very rewarding to be able to put feelings or emotions into a piece of music.

Do you think your composing/music helps your writing?
Not really. They are two completely different processes. The writing has a lot to do with learning the craft and applying the tools that are available to you (through many years of experience and trying), while the music thing has a lot more to do with instinct. I just feel my way through the piano keys. But I would say that the music, whether it's mine or the work of others, is helpful in the way that I listen to music all the time when I'm writing. Depending on what kind of scene I'm writing, I can choose music accordingly. Metallica, for instance, is perfect when I want to write a fight scene. Guess I don't have to explain that.

And do you think your writing helps your composing/music?
Not in a specific way, no. But what I've found over the years I've been doing this, is that writing is a good way to process or examine my own views or feelings towards certain topics or challenges. I've said this a number of times on panels, but it's true: I don't think I could have written Henning Juul, a man who has lost his son in a domestic fire, without the experience of being a father myself. To write about a man like that, who has experienced something so horrible, I needed to imagine what that would be like, and it made me appreciate being a father a whole lot more. And, I think, because of that, I became a better one. You can imagine the amount of music I have composed over the years when I tried to process the emotions of having lost a child. 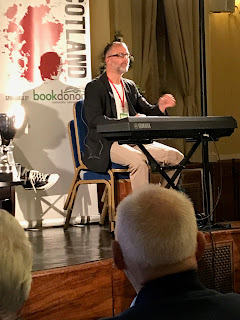 Can you provide a link to an example of your music?
I most certainly can. I have just started a musical collaboration with a magnificent violin player in Norway called Ingrid Berg Mehus. We have named our project Moods From Norway, and we have just released our first single, Torn.

Is your music available to buy/download/listen to?
You can find us on Spotify or iTunes as well, or any other digital platform there is.

Or you can check out my Soundcloud account: https://soundcloud.com/thomasenger/tracks

THANKS FOR TAKING PART, THOMAS!

About THOMAS ENGER
Thomas Enger (b. 1973) is a former journalist. He made his debut with the crime novel Burned (Skinndød) in 2010, which became an international sensation before publication. Burned is the first in a series of 5 books about the journalist Henning Juul, which delves into the depths of Oslo’s underbelly, skewering the corridors of dirty politics and nailing the fast-moving world of 24-hour news. Rights to the series have been sold to 26 countries to date. In 2013 Enger published his first book for young adults, a dark fantasy thriller called The Evil Legacy, for which he won the U-prize (best book Young Adult). Enger also composes music, and he lives in Oslo.

So if you're a published author and have a talent for arts and crafts, music, photography, baking or other creative activities, and would like to feature on my blog, please do get in touch!
Posted by Victoria Goldman at 07:41