Today, I'm delighted and excited to be hosting the cover reveal for Dead of Night by Michael Stanley, which is being published by Orenda Books in July 2018. This is a standalone from the authors of the brilliant Detective Kubu series.

Dead of Night: Read the blurb


When freelance journalist, Crystal Nguyen, heads to South Africa, she thinks she’ll be researching an article on rhino-horn smuggling for National Geographic, but within a week she’s been hunting poachers, hunted by their bosses, and then arrested in connection with a murder. And everyone is after a briefcase full of money that she doesn’t want, but can’t get rid of...

Fleeing South Africa, she goes undercover in Vietnam, trying to discover the truth before she’s exposed by the local mafia. Discovering the plot behind the money is only half the battle. Now she must convince the South African authorities to take action before it’s too late, both for the rhinos and for her. She has a powerful story to tell, if she survives long enough to tell it... Fast-paced, relevant and chilling, Dead of Night is a stunning new thriller from Michael Stanley, author of the award-winning Detective Kubu series, introducing an intriguing new protagonist, while exposing one of the most vicious conflicts on the African continent...

LOVE the sound of this and can't wait to read it!

I'm a huge fan of Michael Stanley's Detective Kubu series - not just because of the gripping plots and the fabulous Detective Kubu but also because the books teach me so much about South Africa. Dead of Night certainly sounds like it's another thrilling read, with a new protagonist (female this time). Yet again, it focuses on South African culture, politics and environmental issues.

Dead of Night: View the cover 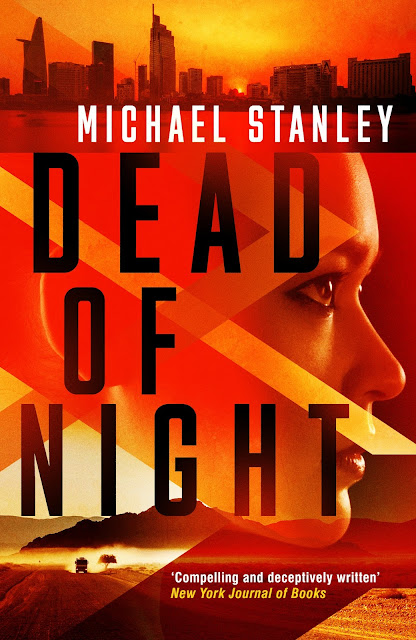 This is a striking cover! Just look at those colours and the detail!

As expected from Orenda, it will grab your attention from the book shelf!


Michael Stanley is the writing team of Michael Sears and Stanley Trollip. Both were born in South Africa and have worked in academia and business. Their Detective Kubu series has been critically claimed and an international bestseller, picking up multiple awards since first publication. Dead of Night marks a new departure for the duo.