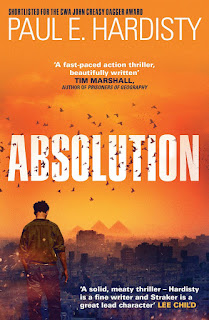 Publisher's description
It is 1997, eight months since vigilante justice-seeker Claymore Straker fled South Africa after his explosive testimony to Desmond Tutu’s Truth and Reconciliation Commission. In Paris, Rania LaTour, journalist, comes home to find that her son and her husband, a celebrated human rights lawyer, have disappeared. On an isolated island off the coast of East Africa, the family that Clay has befriended is murdered as he watches.

So begins the fourth instalment in the Claymore Straker series, a breakneck journey through the darkest reaches of the human soul, as Clay and Rania fight to uncover the mystery behind the disappearances and murders, and find those responsible. Events lead them both inexorably to Egypt, where an act of the most shocking terrorist brutality will reveal not only why those they loved were sacrificed, but how they were both, indirectly, responsible.

Absolution is an ecothriller set against a backdrop of social and political upheaval. It's passionate, powerful and fiery - with author Paul E. Hardisty's own passions shining through the pages, in his vivid descriptions, taut writing and complex plot.

This book took me on an emotional journey, with heartbreak from the start. Claymore Straker in East Africa witnesses the murder of a family close to him, while in Paris his former lover, journalist Rania LaTour, discovers her husband and young son have gone missing. Both Clay and Rania search for the truth, with their paths eventually converging in Cairo, Egypt, leading them to uncover a terrifying act of terrorism in a race against the clock.

Every book in the Clay Straker series provides a different reading experience (this book is the fourth one) - with each book being just as satisfying and beautifully written as the previous one. Certainly, for me, this is the most emotionally charged book in the series so far. I do think that you need to read all of the books in order (and I would recommend you do so anyway, as they're all fantastic) to get to know the main characters and understand their personal stories - together, as well as when they're apart.

Most chapters focus on Clay's search for the murderers, but there are some particularly emotional chapters from Rania, in the form of letters written to Clay. She knows he's very unlikely to ever read these letters, but he's the only person in her head as her world is falling apart, and she pours her heart and soul into every word.

Paul E. Hardisty's action thrillers are very real and authentic. They are fast paced and gripping, filled not only with action scenes but also some reflective moments. They are graphic in places, violent too - but nothing that isn't essential for the plot. This book literally took my breath away. I read it in two intense sittings, glued to the pages - nervous about what lay ahead for Clay and Rania, but also unable to tear myself away.

The Claymore Straker series is impactful and thought-provoking, highlighting the damage humans can do, not only to each other but also to the planet. I always feel that I have learnt something by the end of each one - and look at the world through slightly different eyes. 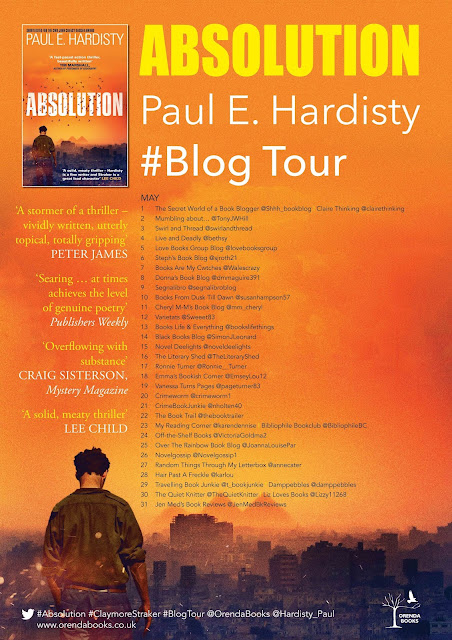 Posted by Victoria Goldman at 12:38