I am delighted to welcome Gill Paul to Off-the-Shelf Books today. The Lost Daughter was published by Headline Review on 18 October 2018. 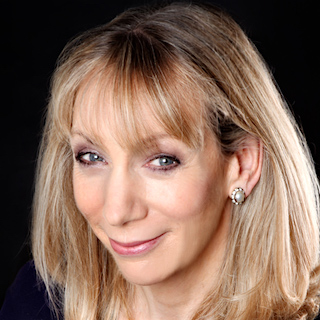 Research is one of my favourite bits of my job. It means I get to sit and read books all day. What’s not to like? I’ve developed a habit of using torn bits of Post-It notes to mark facts I might want to use, so my books end up looking like scruffy yellow hedgehogs.

I write historical novels and historical non-fiction, and the research process is quite different for each. With non-fiction I need to understand the big events: the nature of the political regime in power, the root causes of wars and famines, the movers and shakers of the day. With fiction, on the other hand, I need to know the tiny details: what kind of aspirin they took for a headache, where they did their grocery shopping and what style of clothes they wore.

I usually narrate my novels from one or two characters’ points of view, so this means I can only include information that those characters would reasonably have known. In The Lost Daughter, the characters know nothing about the power struggles in Russian politics between Kerensky and Lenin, Lenin and Trotsky, then Stalin and just about everyone else. What I needed to find out in my research was what it was like to live under those regimes: the fact that country people who came to town during the 1921–22 famine were known disparagingly as lapti after the birch bark shoes they wore; that women queued for food coupons at separate offices – one for meat, one for vegetables, one for bread; and that soap ran out completely in the early 1920s. When writing about the siege of Leningrad, I couldn’t give the total numbers who died, because my characters wouldn’t have known that, but I could describe the eerie metronome sound that was broadcast from loudspeakers on street corners, punctuating their days.

It will probably make me sound nerdy, but I get very excited when I come across a new detail that I know will fit my narrative. I don’t want to load it down, but just the odd snippet here and there helps to create a sense of authenticity. The quirkier, the better!

I have the kind of readers who let me know when I get things wrong. In The Affair, I had my heroine, Diana, wearing tights in 1962 and I was devastated when someone who was clearly an expert emailed to tell me that although they were commonly worn in America then, they did not reach British shores till 1963, so Diana would have been in stockings and a suspender belt. Gah! I’ve also had dozens of emails telling me I got the name of the lake wrong in The Secret Wife – I called it Lake Akanabee and it’s Lake Abanakee – a simple error of transcription that was never picked up. These things are intensely irritating! I do a lot of fact-checking myself, and I’ll find experts to check specific areas on which I am clueless – like Russian Orthodox religion and military ranks – but some tiny things can always slip through the net.

Of course, it’s fiction, so I could make it up if I wanted to. I tend to tinker with the bigger picture – like letting a Romanov daughter escape from Ekaterinburg – while trying to get the details spot on. In non-fiction, absolutely everything has to be true and that means the writing process is slower, because I can’t slip off into a chunk of made-up dialogue. I might manage to write 1,500 words a day in a novel, but it would probably be under 1,000 in non-fiction.

There are similarities, though. Both fiction and non-fiction need a narrative drive, something that makes you want to keep turning the pages. Both need a writing style that suits the subject matter. And I would argue that both need to be emotionally engaging.

Which do I prefer writing? Both are rewarding but if you forced me to answer, with my arm twisted up my back, I’d say fiction every time.

About Gill Paul
Gill Paul is a Scottish-born, London-based writer of historical fiction and non-fiction. Her novels include The Lost Daughter, about the Romanov royal family, Another Woman’s Husband, about Wallis Simpson and Princess Diana, the USA Today bestseller The Secret Wife, Women and Children First, a novel set on the Titanic which was short­listed for an RNA Award, The Affair and No Place for a Lady, which was shortlisted for a Love Stories Award. Her non-fiction includes A History of Medicine in 50 Objects, World War I Love Stories and Royal Love Stories. Gill lives in London, where, as well as writing full-time, she enjoys swimming year-round in an outdoor pond.

About The Lost Daughter 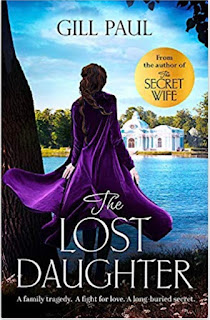 Publisher's description
A Russian princess. An extraordinary sacrifice. A captivating secret...
From the author of The Secret Wife, a gripping journey through decades and across continents, of love, devastating loss and courage against all odds.
1918
With the country they once ruled turned against them, the future of Russia's imperial family hangs in the balance. When middle daughter Maria Romanova captivates two of the guards, it will lead to a fateful choice between right and wrong.
Fifty-five years later . . .
Val rushes to her father's side when she hears of his troubling end-of-life confession: 'I didn't want to kill her.' As she unravels the secrets behind her mother's disappearance when she was twelve years old, she finds herself caught up in one of the world's greatest mysteries.

Posted by Victoria Goldman at 08:18