BEST OF CRIME with William Shaw 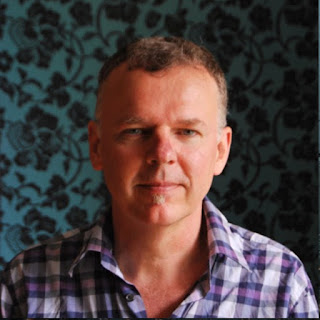 I have to go for Simenon. My bored teenage years were spent consuming my parents bookshelves full his books. He has the kind of economy and social realism I love, plus just enough dourness and gloom.

The Long Goodbye with Elliot Gould. Loathed by Raymond Chandler purists, director Robert Altman reinvented Phillip Marlowe for the 1970s as a mumbling, haphazardly cool detective. I want to be Eliot Gould in this film. One of the many great things about the original Chandler books was his observations of contemporary Los Angeles, which are often overlooked. Similarly Altman took us to a LA that was full of 70s hippies and flakes.

... TV DRAMAS
The first two series of The Bridge. Totally ridiculous murder plots, but the relationship between Saga Noren and Martin Rohde was wonderful.

... FICTIONAL KILLERS
I’m probably a hopeless crime writer, because I don’t have enough interest in the killer. I accept that bad stuff happens, but my interest is in what looking for the cause of badness does to the people who have to try and fix it. So my ideal fictional killer is actually Harry Lime from Graham Greene’s The Third Man. Harry Lime is actually a bonafide monster who profits from racketeering in penicillin. He doesn’t kill anyone directly; but by his actions, he leaves a string of dead and disabled behind him because he waters the stuff down and sells it back at a profit. That’s real evil, you see.

God. My answers are really showing how old I am. I’m still a sucker for Van der Valk; not the dull gray-haired TV detective played by Barry Foster in the 1970s, but the character on which he’s based. Nicholas Freeling’s original Van Der Valk had the point of view you couldn’t quite pin down; he was full of unexpected asides and observations. He was cultured without being a snob.

... MURDER WEAPONS
That thing The Joker does with the pencil in The Dark Knight. “I’m going to make this pencil disappear.” Ugh.

... DEATH SCENES
Never read Guts by Chuck Palahnuik, that’s all I’m saying. And if you have, stay away from the circulation filter. (Actually, having just re-read it, I realise it’s not a death scene at all… but it’s so violent it might as well have been.

For the sixties background of Breen and Tozer series two sites were invaluable. Need to get into the real 1960s mindset, rather than just our rose-tinted version of it? Try The International Times archive; and the University of Woolagong’s collection of Oz Magazines. 100% genuine hippie central.

I won’t be the first one to say this, but write every day. Doesn’t matter if it’s rubbish or not, just put some words on the screen. It’s a muscle that grows stronger if you use it, and weaker if you don’t.


... WRITING SNACKS
Popcorn. Seriously. Home made. Bung in popcorn, a little oil, and whatever flavour you like. Chili flakes or finely chopped rosemary are my current favourites. Leave in large bowl by computer.

About WILLIAM SHAW
Before becoming a crime writer, William Shaw was an award-winning music journalist and the author of several non-fiction books including Westsiders: Stories of the Boys in the Hood, about a year spent with the young men of South Central Los Angeles, and A Superhero For Hire, a compilation of columns in the Observer Magazine.
Starting out as assistant editor of the post-punk magazine ZigZag, he has been a journalist for The Observer, The New York Times, Wired, Arena and The Face and was Amazon UK Music Journalist of the Year in 2003.
The New York Times has called William Shaw’s trilogy of detective books set in late sixties London “an elegy for an entire alienated generation.” Featuring DS Cathal Breen and the brash young constable Helen Tozer, they are set against the cultural and political revolution of the times. A Song from Dead Lips was picked by Time Out as one of the crime books of 2013; The Daily Mail hailed A House of Knives as “a distinctive British crime drama, which benefits from a clear moral sense”. The third book in the series, A Book of Scars, was picked by The Sunday Times as their Crime Book of the Month, and subsequently as one of the picks of the year.
A standalone novel, The Birdwatcher, set in Kent and Northern Ireland, is released in 2016. CJ Sansom called it: "his best so far".

About SYMPATHY FOR THE DEVIL 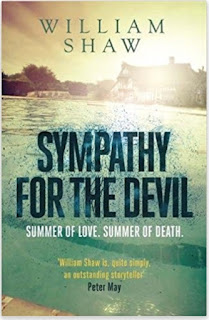 Publisher's description
SUMMER OF LOVE
She made a profit from her youth. She's not beautiful anymore - but now she will be young forever.
Called away from his pregnant girlfriend, Detective Sergeant Cathal Breen knows the sight of the murdered prostitute will be with him all his life. But this is what he does: he finds killers. Helen Tozer, more than most, understands why.
SUMMER OF DEATH
The girl they called Julie Teenager had a client list full of suspects - all rich, powerful - and protected. Someone warns off the beat coppers; someone disturbs the crime scene. When Breen gets a phone call from MI6, he fears just how protected his suspect is. These are dangerous waters, where Russian spies hide.
Then Helen, with her unstoppable copper's instinct and fierce moral sense, dives into the investigation. And Breen knows he has more to lose than ever before. He is about to become a father. He can have no sympathy for the devil.

Sympathy for the Devil was published by riverrun on 4 May 2017.