Today I have DE Meredith on my blog talking about starting a new novel. DE Meredith's latest book, The Devil's Ribbon, was published by Allison & Busby in February 2014.

Don't forget to come back tomorrow - Tammy Cohen is next! 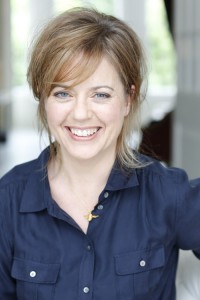 New Adventures Ahead
By DE Meredith

I've just started a new novel, a crazy monster of a lunatic thing.  I've got no map, no GPS, no idea  where I'm going, Just a long, long road with  rain hammering the windscreen, me blinking like a bat, thinking WTF am I doing? The moon's behind a cloud, everything is dark, roiling, brooding. But with a thermos flask of endless coffee, foot on the gas, steady as she goes, I'll keep hammering word after word after word, page after page after page and then...I can see.....just up ahead ..a narrative arc, fleshed out people I hate, love, loathe, twists and turns, comedy, tragedy and woe and a year from now, I'll get out of the car, scratch my head think WTF and  the car might be tanked, the coffee just dregs, the tyres shot to pieces, the gear shaft buggered to hell....but I'll get there and the destination will be... The End


DE Meredith has written a forensic crime  set in the 1850s - the Hatton and Roumande Mysteries - The Devils Ribbon, Devoured. Now she's bashing away at flash fiction, short stories and a contemporary crime novel set in a university town and featuring a philosophical female sleuth.