Today I have Erin Kelly on my blog talking about how research unravels knots in her plot. Erin's next book, He Said/She Said, will be published by Hodder & Stoughton in February 2017. 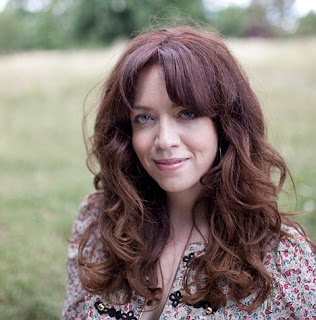 I’m about ten thousand words into my seventh novel, which is a psychological thriller set in an old Victorian asylum. There are three stories – one in 1958, when it was a working mental hospital, a second in 1988 when it was derelict and now, when it has been turned into luxury flats.

Usually my writing day is always the same – start as soon as the kids are at school, stop when it’s time to go and get them – but this novel is different. They say ‘write what you know’ but after a couple of books that would get very tedious for both author and reader and now I find I research more with every book. I’ve got the bones of a plot and some key scenes sketched out in a Scrivener document and on a million scraps of printer paper stuffed in bags and all over my study. I make pages and pages of plot notes in longhand and then never look at them again: over time I’ve found that the right ideas will stay with me.

With this book, more so than most of my others, I’m hitting plot knots that need research to unravel them. This week, it’s the highly unsexy but crucial intricacies of hospital administration in the early 1980s; I’m interested in how the Care in the Community policy was implemented when the old asylums were finally shut down. When this happens I’ll catch the Tube to the Wellcome Library in central London where they have metres of shelves devoted to the history of psychiatry. It’s the most amazing space – light, airy but rich with history – and I’ve started going in even on ‘writing’ days because I find it so inspirational.


Erin Kelly is best known for The Poison Tree, which was a Richard and Judy bestseller and a major ITV drama. Her next psychological thriller, He Said/She Said, is out next February. It’s about a couple who witness a crime and only doubt their version of events after the trial, with deadly consequences. She has no plans to move into romantic comedy.

Posted by Victoria Goldman at 06:31