Today I have Sarah Hilary on my blog talking about preparing to edit a first draft. Sarah's latest book, Tastes Like Fear, is being published in paperback by Headline on 28 July 2016. 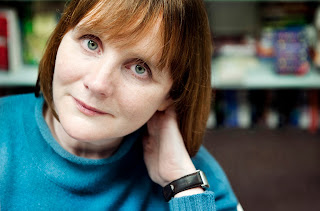 Getting Ready for Round Two
By Sarah Hilary

It’s a funny old business, writing a book. You spend months sitting alone with just the voices in your head for company, listening intently and cajoling these people onto the page. Then you hand it all over to a stranger.

Well, not a stranger to you (I’m blessed with a very friendly and very talented editor), but a stranger to your words. To those characters you tempted out of hiding. It has all to be laid bare before the gaze of someone with a very sharp eye and a very red pen. ‘It’s like leaving your child at the school-gate,’ another writer told me. ‘You know she needs to be educated, that ultimately she’ll return a better person, but it’s hard.’

There is a blissful space of about ten days after I’ve submitted my first draft before my editor has time to read it. For those ten days it is still ‘my’ book; it can do no wrong. In the back of my head, of course I know it needs work. The edges need knocking off it, and more besides. But I can hold onto the happy thought that it is complete, and in a way faultless—until I have proof of its faults in the form of the editorial notes which come back to me, always after a phone call from my editor.

We ping ideas back and forth, chat about why this character works and this one doesn’t, unstick plot points that weren’t quite working. You might think that being told there’s more work to be done on a story over which I sweated blood for six months would leave me feeling flat or disheartened. But one of my editor’s many talents is to make me feel energised—an hour on the phone and I’m raring to get stuck into round two.

So here I am, with the duplicated document — renamed as v2 — and a long list of notes and changes. Wish me luck.

About Sarah Hilary
Sarah Hilary won the Theakstons Old Peculier Crime Novel of the Year for her debut, Someone Else’s Skin. She is about to begin editing her fourth book in the Marnie Rome series, Quieter than Killing, which is out in March 2017. Her latest, Tastes Like Fear is out in paperback on 28 July. Sarah is chairing the Fresh Blood panel at the Killer Women Festival and looking forward to chatting to four stellar debut authors about their writing day.