The Pinocchio Brief by Abi Silver 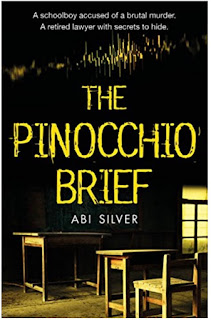 A 15-year-old schoolboy is accused of the murder of one of his teachers. His lawyers, the guarded veteran, Judith, and the energetic young solicitor, Constance, begin a desperate pursuit of the truth, revealing uncomfortable secrets about the teacher and the school. But Judith has her own secrets which she risks exposing when it is announced that a new lie-detecting device, nicknamed Pinocchio, will be used during the trial. And is the accused, a troubled boy who loves challenges, trying to help them or not?

My verdict
The crime market is flooded with psychological thrillers and domestic noir, so it was a welcome change to read The Pinocchio Brief, which is a courtroom drama and legal investigation.

The story centres around quirky & academically gifted 15-year-old Raymond, who has been accused of murdering his teacher at his private school. The two other main characters are his legal team - Judith (the older, experienced and more reserved one) and Constance (younger, more reckless and very enthusiastic).

Abi Silver has a great knack of describing her characters, both in terms of appearance and their thoughts and feelings. The chapters alternative between the points of view of Raymond, Judith and Constance. But, unusually, within every scene you get inside each person's head (known as head hopping). I don't often see this in crime fiction.

The premise of the novel - a lie-detecting device used in courtroom trials - is an interesting and intriguing one and instantly grabbed my attention. You can tell that the author has a legal background and is also a great researcher, as there's a lot of information packed within the pages. The book is divided into four parts, but I really found it to be a book of two parts. The first half (parts 1 and 2) contained a lot of scene setting, developing the characters and the build up to the courtroom drama. The second half (parts 3 and 4) was written at a much faster pace with lots of surprises.

Abi Silver certainly kept me guessing and knows how to plot a twisty book. I'll be interested to see what she comes up with next.

I received an Advance Reader Copy from the publisher. 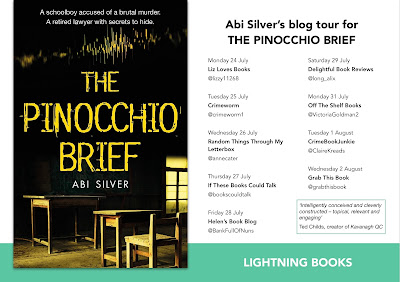