Wolves in the Dark by Gunnar Staalesen - Blog Tour 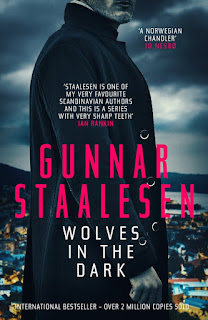 PI Varg Veum fights for his reputation, his freedom and his life, when child pornography is found on his computer and he is arrested and jailed. Worse still, his memory is a blank...
Reeling from the death of his great love, Karin, Varg Veum's life has descended into a self-destructive spiral of alcohol, lust, grief and blackouts.
When traces of child pornography are found on his computer, he's accused of being part of a paedophile ring and thrown into a prison cell. There, he struggles to sift through his past to work out who is responsible for planting the material... and who is seeking the ultimate revenge.
When a chance to escape presents itself, Varg finds himself on the run in his hometown of Bergen. With the clock ticking and the police on his tail, Varg takes on his hardest - and most personal - case yet.

My verdict
This is my third Gunnar Staalesen book, published by Orenda Books (although it's the 21st book in the Varg Veum series). It's definitely the darkest yet, and is also my favourite so far.

Private investigator Varg Veum is at his lowest - a total wreck following the death of the love of his life. He's spiralled into a self-destructive lifestyle, fuelled by alcohol and peppered with periods of memory loss. When he's arrested and jailed for possessing images of child pornography, he is convinced someone must have hacked into his computer system. Which means someone has it in for him. But who and why?

Wolves in the Dark takes the reader on a snapshot ride through Veum's past, focusing on some key cases that he never managed to resolve due to his drunken state at the time. Now, as he sobers up, he's in a far better position to search for the truth. But the cases are more convoluted than he remembers.

I was as puzzled as he was, with no idea who was to blame for his current predicament, and the plot kept me guessing all the way through. I was gripped from beginning to end, and had to slow down my reading in places to take it all in.

As expected, the book is beautifully written and also beautifully translated. The subject matter is not just dark but uncomfortable too, yet it's not graphic at all. The writing flows, and you really get inside Velum's muddled head.

I'm looking forward to the next Varg Veum book - and hope it's not too long to wait!

I received an Advance Reader Copy. 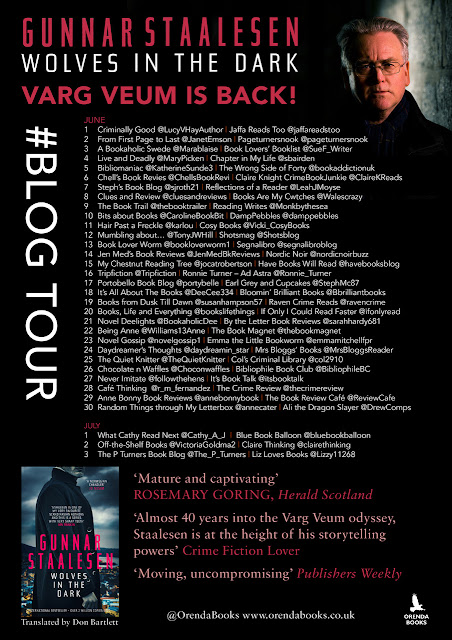 Posted by Victoria Goldman at 08:51